The Destruction of Palestinian Universities 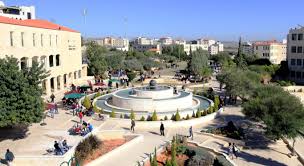 As Israeli students are finishing their final exams, Palestinian students in the occupied territories don’t know whether their institutions will be opening for the coming academic year or if their lecturers will continue to teach, as dozens of lecturers with European and American citizenship are being expelled.

Around half the foreign lecturers at Palestinian universities started receiving letters last November, saying their requests to have their residency visas extended had been refused because they’ve been “living in the area for more than five years.”

In addition, the foreign spouses of these lecturers are being asked to sign declarations that they do not intend to work. To assure that they keep this promise, they are asked to pay guarantees of between 20,000 shekels and 80,000 shekels (about $5,500 to $22,000), which will be forfeited if it is discovered that they’d been working despite the ban. 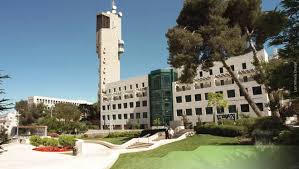 This year, at Hebrew University in Jerusalem, I had the privilege of teaching both Israeli and Palestinian students, as well as students from Peru, Kenya, Cyprus, Canada and Greece. During this academic year, as every year, there were international conferences held at the university attended by foreign researchers. By contrast, dozens of students and lecturers from abroad who want to study or teach at Palestinian universities are being arrested at the border and expelled.

The campus of the Arab American University in Jenin. Established in 2000, AAUJ offers studies in English and has attracted growing numbers of Israeli Arab students.Yaser Wakid

Laura Wick and her husband, Prof. Roger Hickok, are among those who are being forced to leave after 35 years of teaching and research at Birzeit University, because their visas have not been extended. Wick specializes in pediatric medical research and Hickok is a professor of European history, one of the founders of the university’s Institute of International Studies.

In a public letter that was circulated on international academic networks, Hickok described how he and his wife had become “illegal” residents. It happened when they returned from a home visit to the United States. At Ben-Gurion Airport they were given a tourist visa for two weeks, and told they would have to ask the military authorities to extend it. The description of their Kafkaesque efforts to enter the military camp in Beit El to deal with their visas, and of the phone calls and faxes that weren’t answered for months, is sad and depressing.

The presence of international researchers for lengthy periods is an international criterion for ranking institutions of higher education. Without such a presence, the university suffers from what’s referred to as “ghettoization of knowledge.” What’s more, a significant number of the lecturers being expelled are Palestinians who studied in the United States and Europe; some were born in the occupied territories and went to study abroad. 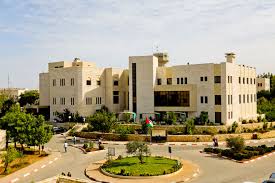 At Birzeit University, all students are required to study European philosophy and history.. It was also the first university in the Middle East to establish a women’s studies program. However, the male and female students – women account for more than half of the student body – have almost no option to study abroad, and the lecturers who teach English, European or American history, cultural studies and foreign literature, are being expelled.

During the first intifada, the Israeli army closed the universities for years, and closed schools and kindergartens for many months, creating the so-called “lost generation.” This is the generation whose education suffered a serious setback and from which the lecturers of today could have sprung.

Does Israel want to create more lost generations of Palestinians who won’t get higher education and are not exposed to foreign ideas and knowledge? Does the destruction of higher education in the territories benefit Israel? Will Israel’s bureaucratic violence lead to similar restrictions being imposed on Israeli students and academics?

Prof. Golan teaches in the Hebrew University Law Faculty. Her book “Hope on the Campus Margins – Israeli and Palestinian Students in Jerusalem,” was recently published by Resling.

This site uses Akismet to reduce spam. Learn how your comment data is processed.